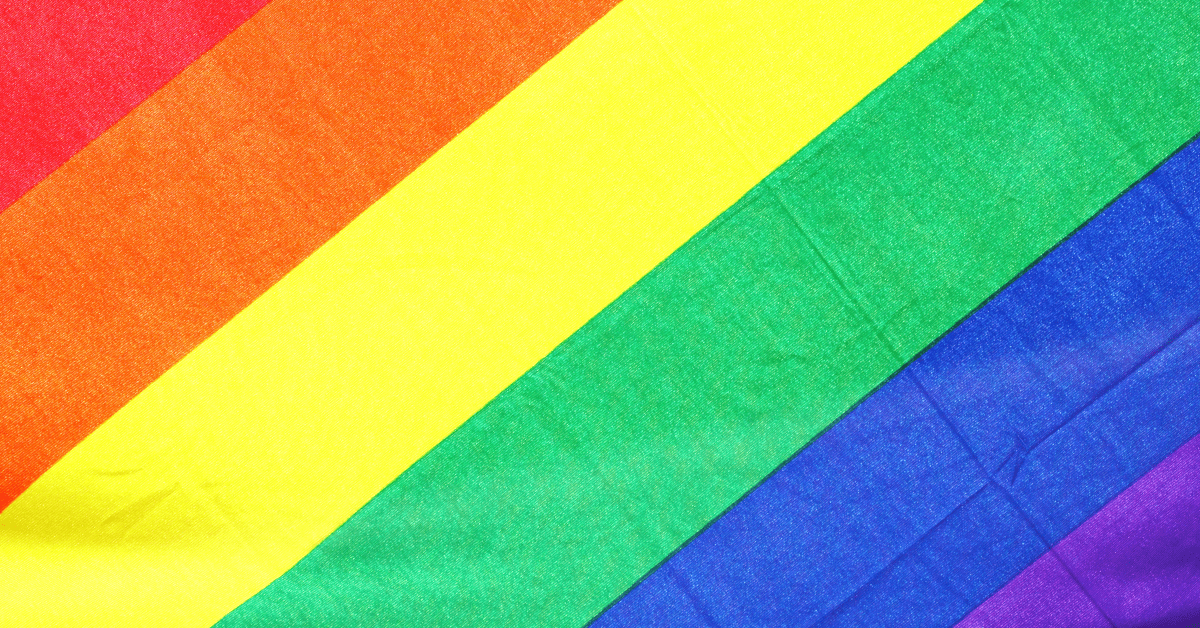 We recently sat down with Raheem Uqdah, Director of Corporate Social Responsibility at Curaleaf to chat about CSR, equity, and Pride month. Our own Casey DiNicola asked him a few questions.

(The following has been edited for clarity and brevity.)

Casey: Could you talk a little about your Rooted in Good initiative?

Raheem: Rooted in Good is in its infancy, and we announced it early this year after doing a lot of foundational work, up until this point. The most notable thing we’ve done in our DEI work the past year has been probably creating our employee resource groups (ERGs) and building those “culture-spaces”, really.

Outside of that, we’ve done some work in social equity and we’re trying to do more educational work, and again a lot of it has been foundational — finding partners, getting agreements in place.

To speak to the theme of Pride, we have a national partnership with the onePulse Foundation and will be supporting them for the month of June with our “Out Love Hate” campaign. We’re doing a pretty cool donation drive in our dispensaries and have rainbow pre-rolls and vape batteries being released in approved states, with a portion of proceeds donated to onePULSE. The organization is currently raising funds for the museum and memorial that they are building (recognizing the attack on the Pulse nightclub in 2016).

Casey: How does Curaleaf work with the LGTBQ+ community both as customers and internally as employees?

Raheem: I think we’re trying to be really intentional about the way we build culture inside of Curaleaf and then that sort extends out from there really. So, we have the QUSH (Queer-center Unity and Service Huddle) Employee Resource Group that meets every two weeks. Right now they’re talking about how we can bring initiatives forward to increase visibility around pronoun usage, to have more inclusive spaces, and so on.

We’re getting everyone in the company on board with using pronouns in their email signatures because really, it’s a disservice if Queer people are the only ones who use pronouns. It just creates an “otherness”. That’s our current plan internally, and we’re partnering that with some education around onePULSE and what they stand for, as well as the Pride Donations.

Casey: It’s so nice to hear large companies actually doing something. So many say they are, but don’t actually do anything meaningful. Curaleaf is very involved.

With that said, are there any specific projects or events centering on LGTBQ+ communities that you’d like to highlight?

We have some educational events that are simmering right now, so stay tuned for more information about those.

Casey: Can you talk a little more about your ERG’s (Employee Resource Groups)? Specifically, please give us an overview of what ERG’s are, how they typically work — especially in regards to LGBTQ+ employees.

Raheem: There are many ERGs, each one is employee-led. Each one is taking its own shape and has its own focus or theme. There’s one for Women, Working Parents, Community Volunteerism, BIPOC, and QUSH (LGTBQ+). It’s really a great space for people to get together weekly and just process things happening in the world or in the news. It’s really a great community-building tool.

It’s nice to have an hour in my calendar each week, where we can just be there for each other. Also, you come into contact with people and make connections that you wouldn’t without the ERGs. I’m thinking of Al Ochosa, who co-runs the Curaleaf in Color ERG, he’s our Director of Risk and Insurance, and also an amazing house DJ. I wouldn’t have known that without being in that ERG. He just sent a really great house mix. It’s great!

Casey: That’s amazing. I’ll add it to my “Bangers Only” playlist. I’m just curious, did the ERGs come about because of the pandemic, or have they always been a thing?

Raheem: Basically, we started with an internal Diversity, Equity, and Inclusion task force that took in information from around the company, basically, what do people want to see happen? And that’s where Rooted in Good, in general, came from, and then out of that same discussion came the premise of “How do we build a culture that’s really inclusive?” And ERGs are a huge part of that.

Casey: What do you think is Curaleaf’s greatest achievement is in the field of CSR?

Raheem: I think I’m going to point to our diversity work. That’s one of our biggest wins so far.

We also have the “420 by 25” initiative. It’s the challenge that by 2025 we will have four hundred and twenty diverse vendors in our supply chain. I keep telling other people, this is about using what Curaleaf has, to benefit other people.

And right now, a lot of that is our voice. We try to use our voice to amplify and highlight companies like Bouqé, a black-owned pre-roll company in Maryland. They make hemp-based rolling papers. We pulled them into our stores with the intention of expanding them nationally. Through our relationship, we’ve highlighted them on social, but then one of our PR agents sees them and pitched them to Rolling Stone as one of the Black-owned businesses folks should support for 4/20. And in my mind, that’s a huge win. We didn’t do much, it just sort of happened organically. We pulled them into our ecosystem and they were able to get there.

It’s really about “How can we expand on what we already have, and include small, diverse vendors in the process.”

Casey: What do you think the rest of the industry can learn from how Curaleaf implements CSR?

Raheem: There are a lot of opportunities to benefit smaller companies, especially in the “non plant-touching” space, there’s a lot of room to find diverse vendors who are also local. I always pitch that, your local businesses — local to the area, residents in the community. Curaleaf may be a massive company, but ultimately a lot of the decisions are made on the ground. It gives us the opportunity to work with folks who aren/t necessarily in our normal workflow, say buying t-shirts or ad space.

Casey: Is there any message you want to highlight that demonstrates the impact Rooted in Good is having?

It’s either the $960,000 we just gave in Illinois as part of our Social Equity response, or its “Feed the Block”. Either one of those is pretty dope.

“Feed the Block” was a food drive initiative. So, one of our national causes is food insecurity. In November, we took donations at our stores for two weeks, as well as did some activations on the ground. At the end of that program, we donated $100,000 and 10,000 meals.

It was all pretty local, we partnered with 23 individual food banks that are in the communities that are most harmed. In our activations, it allowed us to show up in a way that made sense for all our nonprofit partners. In Illinois, they were running a CSA (community supported agriculture) from a local farm in Englewood. We just added a grocery gift card to supplement that.

In Florida, we partnered with a Latinx grocer and handed turkeys out to the community. That’s an example of supplier diversity. We bought 420 turkeys from a Latinx business and distributed them locally. We were able to be very intentional, and that really came from our team on the ground responding to what’s happening.

The work we’ve been doing most recently in Illinois has been working with existing job training programs, supplementing them with funds, and then creating a path for graduates to come on board with Curaleaf afterward if that’s what makes sense for them. We also partnered with a community college on the south side of Chicago that is doing a certificate that is centered around [cannabis] operations. We were able to come in and guest lecture for them and offer internships to folks going through that program and hopefully hiring them, eventually.

That plays into trying to be really intentional about where we’re sourcing talent, so we can be equitable in that, as well as providing education to those communities that are normally left out.

Casey: What I’m taking away from this is that these things take quite a bit of time. You can’t just jump into a project and expect impact overnight. It sounds like you guys are really invested in building those impactful relationships. Which I think is pretty awesome.

Raheem: I’d like to hand-slap the industry’s desire to write checks all the time. It looks very splashy and nice, but long-term impact takes years. Months to put in place and years to follow up on, and then tweaking. So, again, we try to be very intentional about how we’re showing up.

Casey: On a personal level, how has working on Rooted in Good been meaningful for you?

Raheem: I like being able to come to work and being able to feel the impact of the work I’m doing, particularly in the community.

Everyone in cannabis has an impact, it’s inherently political. But it’s nice to be able to show that cannabis is for the community, too. I consider myself super lucky to have this job and to be able to do what I do.

Raheem: I’m excited about the evolution of cannabis in different states. This conversation around equity and diversity in cannabis — it’s inspiring that it’s part of the discourse now.